Autumn already...wow! Where did summer go???

Well, I want to be positive today and appreciate how the summer sun has infused slowly slowly orange and red tones into trees and vegetables...isn't that one of the most magical things about autumn? 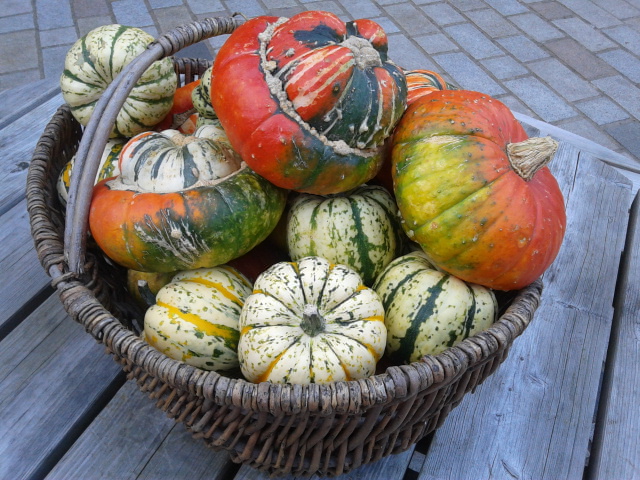 I feel as I'm starting to hibernate, with the days becoming shorter and the thermometer starting plummeting. So, to cheer myself and you guys up (hopefully), I'd like to tell you about a sweet little project that I thoroughly enjoyed doing about a month and a half ago. Also, you may want to make one of these as a quick fix for Halloween...
It feels quite nice to show you pictures of one of the last lovely, sunny days of summer, when we gave this super-hero cape to Stan the Little Man.
Good job his name is Stanley, really, as the S on the cape is just for him! 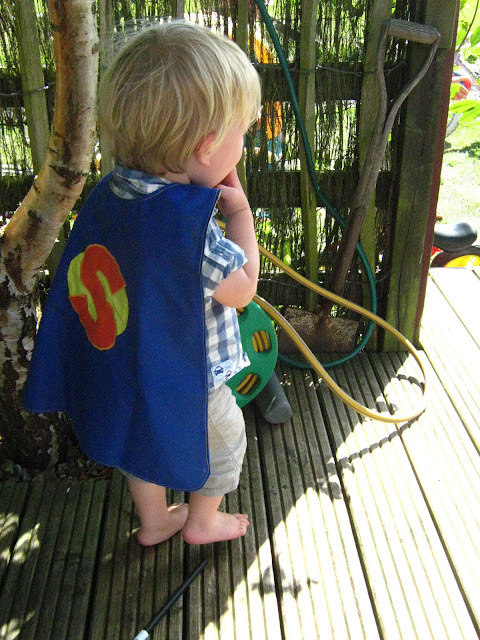 If you want to do something similar, you'll need to take your child's measurements from the base of  the neck to the back of their knees, as this is the perfect length for a cape without becoming a  nuisance to the little ones - remember The Incredibles? Capes can get stuck in action! :)
In my case, this measurement was 55cm (for a child of two).
Also, you'll need to measure your child's shoulder width and make the width of the cape a little wider than that (a couple of inches overall). And finally (and VERY important), the neck diameter. I suggest you take your child's neck circumference and add a good two inches to that too, so that it is not uncomfortable when the cape is tied at the neck. Or you can add an inch to the diameter. In the pattern I designed, the neck is open and fastened by Velcro, so think about what is the final neck opening size when the cape is fastened.
The base of the cape is wider than the shoulder width as that makes the cape fall nicely. Remember to add about half a centimetre all around as seam allowance (My apologies, I realise this is all a bit lose and if you don't have an idea of how to play it by ear, it will be difficult for you to do it. I suggest you do a quick Google search for patterns, or look on the always-resourceful Pinterest. I too loosely followed some ideas for this cape I found on it).
As for the materials, I used very lightweight cotton, in blue and yellow, as the last thing a child wants is to feel constrained by a heavy thing hanging from his neck. Also I used some orange scraps for the letter at the back.
I drew half the cape lengthwise on tracing paper, then transferred the pattern on the blue and the yellow fabrics as shown on the pic below. 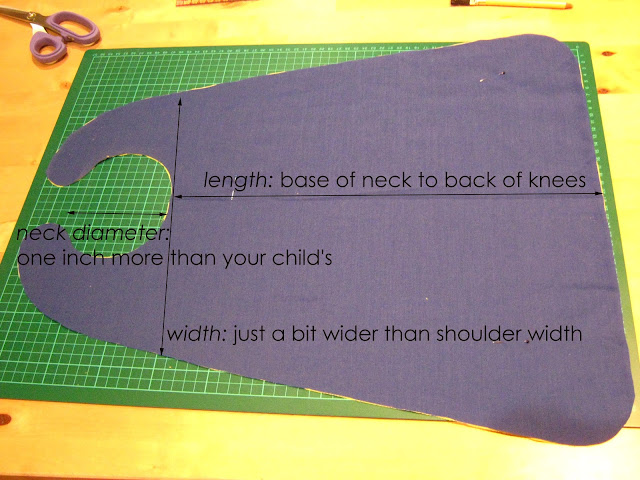 I sewed a yellow circle (made by reusing the leftover circle of the neck bit) on the blue side. Then pinned and sewed a big orange S on top. 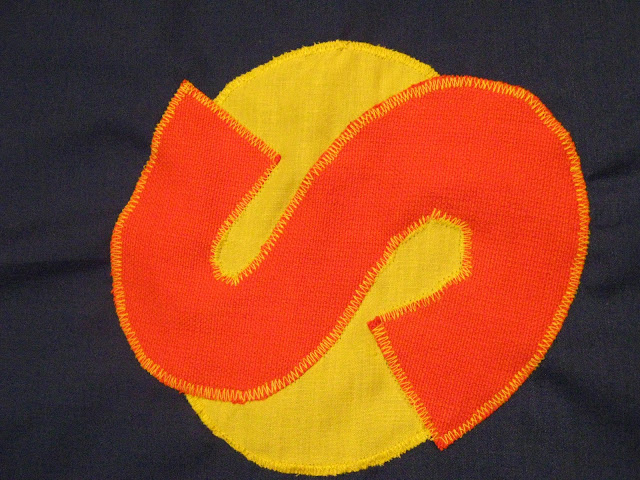 Then, I joined the two parts of the cape, right sides facing, by sewing all around the cape, taking care of leaving a small area (about 10cm) open at the base of the cape for turning it inside out. 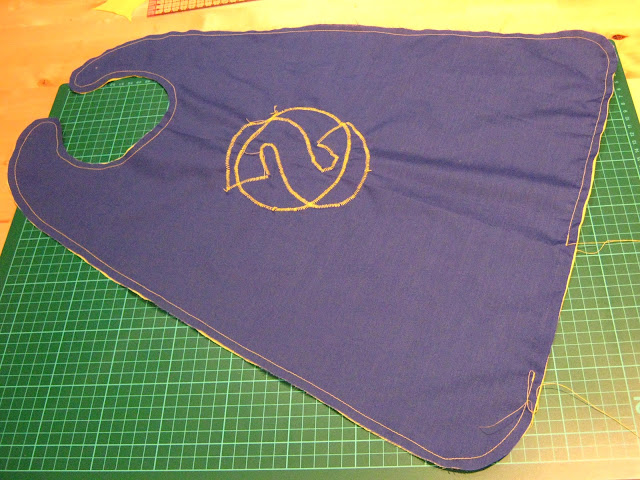 I turned it inside out, added some Velcro to fasten the cape at the neck, and top stitched all around to finish off. 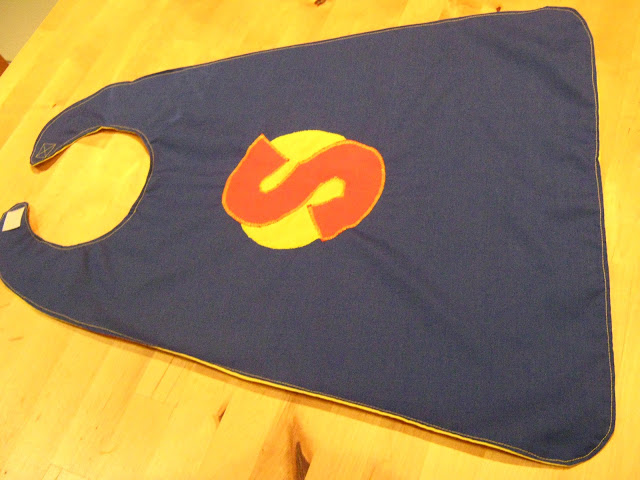 And that's the cape being worn by the super-hero himself, while on a mission to save the world! 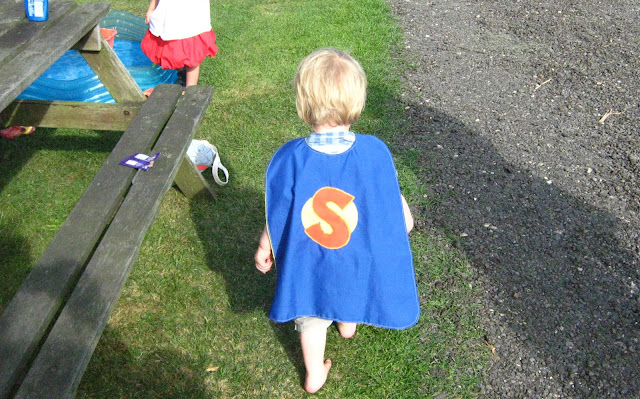 Connect with me on...